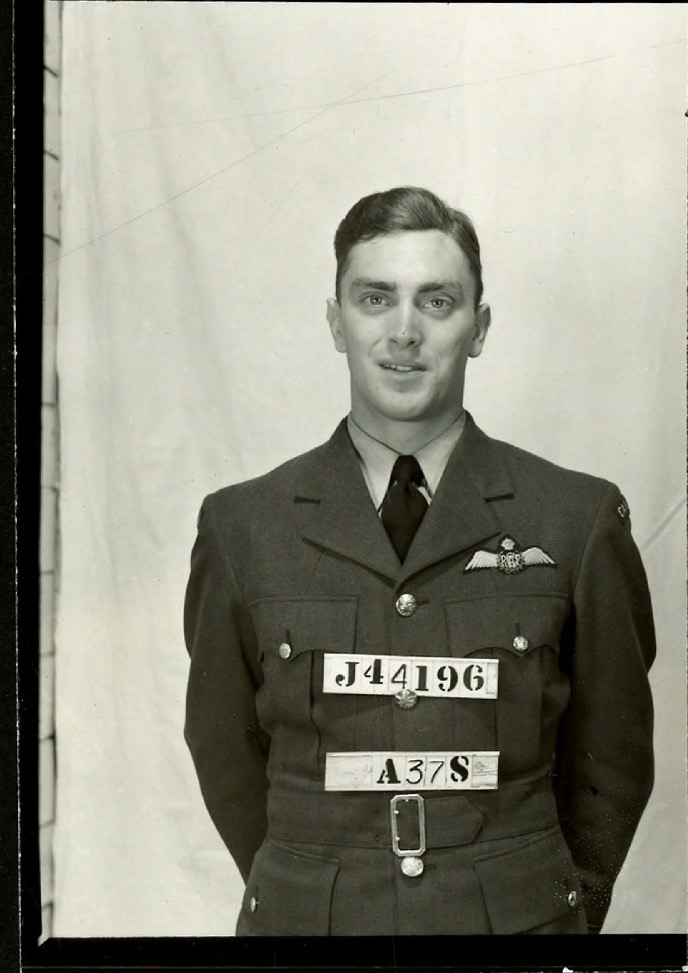 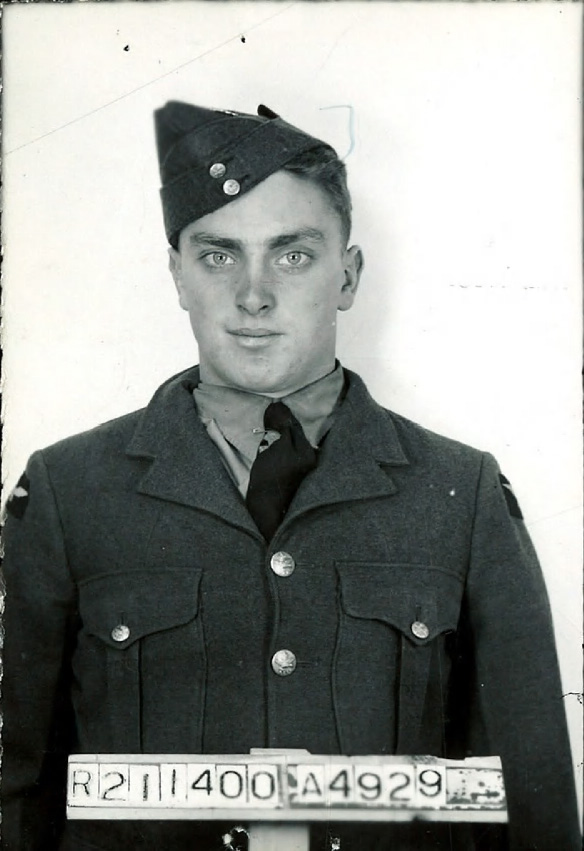 Smith was born in Toronto, Ontario, to Constance Emma and Ronald James Smith. He had one brother [Lt Smith, Engineer, combat battalion, serving with the US Forces in Europe] and two sisters. The family lived in Erie, Pennsylvania, Albany, NY, Providence, RI, Summit, NJ, Binghamton, NY and then Edgewood, RI. The family was Episcopalian.

After the war, he wanted to go into becoming a geological engineer and possibly, civil engineering, living in Arizona.

He won the State Championship for track in hurdles. He was very athletic and was on a championship football team. He drove a car over 5000 miles, and enjoyed singing. He had been a student at the University of Idaho for one year at the School of Mines, working three part time jobs, then worked managing The Dunes Club. His father indicated his son was attending college before enlistment.

On May 10, 1943: "Fit. Excellent athletic type. Average stability. Fast and smooth with fair initiative and determination. Prefers pilot. Probably will not work hard enough to make Navigator." Night vision was determined to be above average.

No. 13 EFTS: An average pilot, rather inaccurate and sloppy in his general flying; good average instrument flying. October 5th, 1943 [Page 182 of PDF]

No. 10 OTU: Above the average; October 1944: A very reliable, keen and conscientious pilot, works hard and very willing to learn. Has natural ability and should make a good leader in any op. sqrn. [Page 184 PDF]

Pilot was carrying out a ranging exercise and became involved in a dogfight. He turned sharply and spun into the ground.

Conclusions: At the same time as Smith and Jennett had taken off from Milfield, flown east to Belford at 3000 feet, turning part into a northerly course, they commenced their exercises. At the same time, three Spitfires from 57 OTU Eshott, piloted by Howe, Hodges, and Plewes [leader] were flying south at approximately the same height, probably higher than the Typhoons. They were very close and meeting almost head on.

F/O GR Dean of 56 OTU who was flying a Typhoon about 1000 feet above, witnessed the incident and said that the Typhoons were attacked by the Spitfires. Jennett corroborated. The Spitfire pilots said the Typhoons attacked them.

F/O HR Plewes [Green 1] called break or turn starboard, this taken as an evasive measure to turn out of the line of the flight of the Typhoons. The Typhoons thought they were being attacked and Jennett warmed Smith by R/T to which P/O Smith replied, "Lets go!" seeming to indicate that he was going to dogfight with the Spitfire which proved to be the case. Smith executed two stall turns and on the second one rolled over and began to spin continuing to spin until he hit the ground.

Plewes said that he followed the Typhoons for about a minute. This justified, in the opinion of the investigator, that the Typhoon pilots assumed they were being attacked.

In July 1945, Mrs. Smith asked that the uniform of her son be sold, as it was quite new. She still wanted his heavy overcoat. On July 11, 1946, Mrs. Smith wrote to ask if she could visit where her son was buried. His father died of a heart attack February 27, 1954. Mrs. Smith asked the RCAF if she was entitled to a survivors benefit. She said how Donald was the one who took care of her and was going to make a home for her at some point, as her husband had not been in the best of health. The RCAF suggested she contact the RCAF Benevolent Fund. A letter written by her daughter indicated her brother had put away money for their mother and shared a joint bank account in Canada.